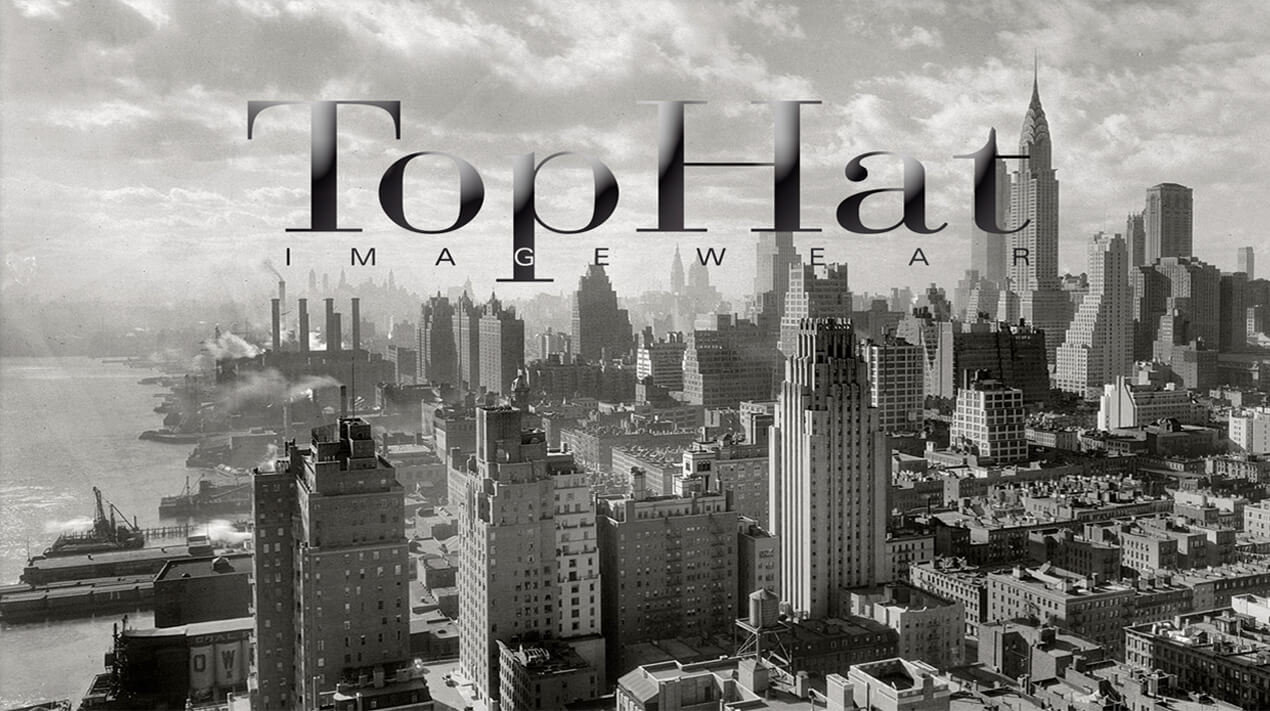 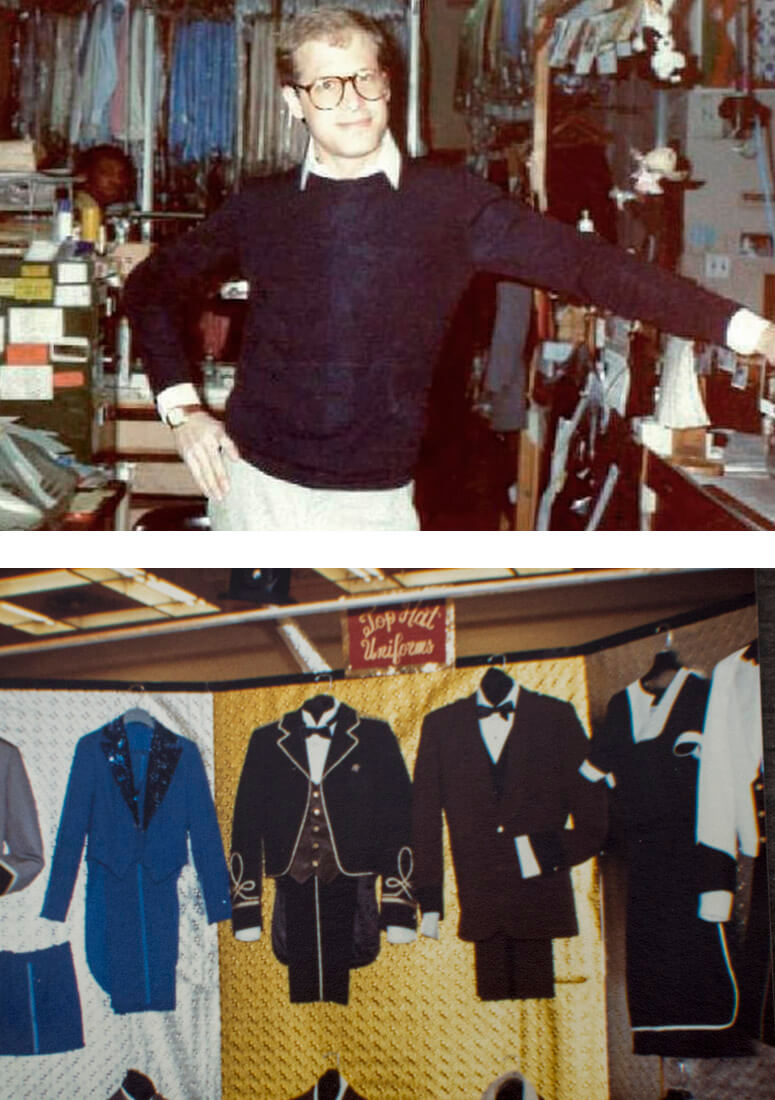 Top Hat Imagewear is a family-owned and operated domestic clothing manufacturer, with four generations of Steinger members to work there to date.

It began as a Mom and Pop retail storefront founded in 1923, and located in Hempstead, New York. It originally specialized in tuxedo rentals and custom tailoring, entirely made in-house, where our garments are still being produced today. Over more than 90 years in business, Top Hat has pioneered its way through the manufacturing and fashion industries; growing not only in size, but in our ability to outfit a wider variety of markets within the Hospitality and Entertainment industries.

Top Hat is currently run by Alan Steinger, President and Creative Director of the company. At the young age of 19, Alan joined the business, and Top Hat began its transformation into the successful corporation that it is today. Alan’s journey into the uniform business started with only a few samples of his clothing designs. He spent years covering the streets of New York City, going door to door to iconic hotels such as The Plaza, St. Regis, Intercontinental, and the Grand Hyatt. It wasn’t long before orders came pouring in and word spread among the uniform industry of Top Hat’s quality, style and customer service.

We at Top Hat are extremely proud to have become a prominent uniform supplier in the Hospitality and Service industries. Some examples of where you can find our clothing today include legendary U.S. hotels such as: The Pierre New York, The Hotel Del Coronado in California, the Greenbrier in West Virginia, The Ritz-Carlton South Beach, and the Halekulani Hotel in Hawaii. Internationally you can find our apparel at prestigious Resorts and retail establishments like: the One & Only Palmilla in Mexico, the Atlantis Resort & Casino in the Bahamas, the Palms Turks and Caicos, and Cartier and Nespresso stores Worldwide. In addition, we uniform thousands of Hotel/Casino employees nationwide including: Mohegan Sun in Connecticut, the Borgata in Atlantic City, and MGM Grand, Caesar’s Palace, Mandalay Bay and the Hotel, and the Bellagio in Las Vegas.

Head designer Alan Steinger has worked with some of the biggest and most reputable names in the clothing business. We are honored to have collaborated with Oscar winning Costume Designers such as Ann Roth and Albert Wolksy, celebrated fashion designers Zac Posen, and Restauranteurs such as Bobby Flay and Alain Ducasse. Other Restauranteurs we’ve worked with include, Danny Meyer, Steven Starr, Jean-Georges, and Daniel Boulud.

OTHER TOP HAT ACHIEVEMENTS WE ARE PROUD TO HAVE BEEN A PART OF: THE METROPOLITAN OPERA HOUSE AND BROADWAY PRODUCTIONS SUCH AS THE MAMBO KINGS AND THE ROAD CAST OF 42ND STREET. TOP HAT HAS ALSO SUPPLIED CUSTOM UNIFORMS TO MOVIE AND TELEVISION CASTS LIKE THE SOPRANOS, SEX AND THE CITY, THE LAST HOLIDAY, AND MAID IN MANHATTAN.

WE THANK YOU FOR YOUR INTEREST IN TOP HAT IMAGEWEAR’S HISTORY. IF YOU WOULD LIKE TO HEAR MORE ABOUT OUR UNIFORM PROGRAMS OR WOULD LIKE ASSISTANCE WITH ANY OF OUR PRODUCTS OR THE SERVICES WE OFFER, PLEASE CALL US AT (212) 772-0047 OR EMAIL US AT customerservice@tophatiw.com.

SINCERELY,
THE TEAM AT TOPHAT IMAGEWEAR 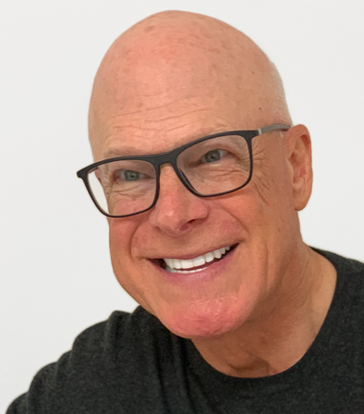 ALAN IS THE 3RD GENERATION OF STEINGER FAMILY MEMBERS TO RUN TOP HAT IMAGEWEAR, AND IS CREDITED WITH THE COMPANY’S SUCCESS AS IT STANDS TODAY.

TOP HAT SPRANG FROM HUMBLE BEGINNINGS IN RETAIL CLOTHING AND TUXEDO RENTALS, AND IT IS ALAN WHO TRANSFORMED THE COMPANY OVER HIS 30+ YEAR CAREER INTO BECOMING THE LEADING UNIFORM SUPPLIER TO THE LUXURY HOSPITALITY, CASINO, FOOD & BEVERAGE, AND RESIDENTIAL INDUSTRIES.

FOR ALAN, WORKING AT TOP HAT WAS HIS RIGHT OF PASSAGE, BUT IT WAS HIS DESIRE TO SUCCEED, AND HIS PASSION FOR STYLE, DESIGN AND QUALITY, WHICH HAS KEPT THIS FAMILY BUSINESS RUNNING FOR 90+ YEARS.

TOP HAT IMAGEWEAR IS ONE OF THE REMAINING FEW AND THRIVING DOMESTIC CLOTHING MANUFACTURERS IN THE USA, AND IT IS A PROUD LEGACY HE WILL PASS ON TO FUTURE GENERATIONS TO COME. 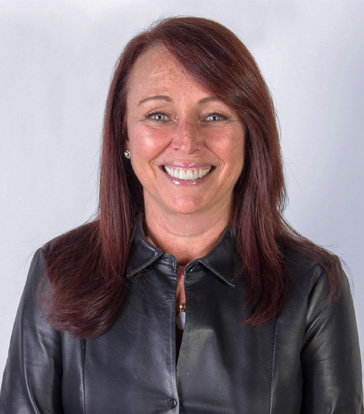 WHEN WE SAY “FAMILY BUSINESS,” WE MEAN IT. MARION STEINGER, WIFE TO ALAN, AND MOTHER OF TWO, JOINED THE TEAM BACK IN 2003 AFTER BOTH THEIR DAUGHTERS WENT AWAY TO COLLEGE.

WITHIN MONTHS, MARION BECAME THE TOP PRODUCING SALESPERSON IN THE COMPANY AND REMAINS THERE TODAY. HER SUCCESS IS CREDITED TO HAVING SPENT THE EARLIER PART OF HER CAREER IN BRIDAL BUYING IN THE ICONIC GARMENT DISTRICT OF MANHATTAN, AND LATER, 15 YEARS IN THE TRAVEL INDUSTRY. HER LOVE OF FASHION AND DESIGN, COMBINED WITH HER EXTENSIVE KNOWLEDGE OF THE HOSPITALITY INDUSTRY, IS WHAT GIVES HER THE ABILITY TO UNDERSTAND HER CLIENTS AND THEIR NEEDS, AND IS WHAT MAKES HER SUCH A VITAL PART OF THIS ORGANIZATION. MARION’S INTERESTS INCLUDE SPENDING TIME WITH HER FAMILY, TRAVELING, PLAYING TENNIS, AND ANYTHING TO DO WITH THE NY METS. 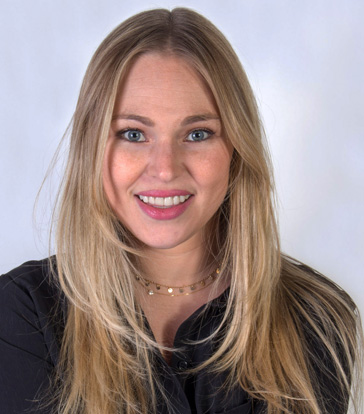 LAUREN STEINGER, ELDEST DAUGHTER TO MARION AND ALAN, IS THE 4TH GENERATION OF STEINGERS TO WORK AT TOP HAT. LAUREN GRADUATED FROM THE PENNSYLVANIA STATE UNIVERSITY WITH DEGREES IN JOURNALISM AND BUSINESS, AND BEGAN HER CAREER AT TOP HAT IN 2006. GROWING UP WITH PARENTS WHO WORK IN FASHION, SHE GAINED A LOT OF ONSITE EXPERIENCE OVER THE YEARS IN PREPARATION FOR HER CAREER TODAY. DESIGN, BUSINESS MANAGEMENT, MANUFACTURING, AND SALES ARE ALL PART OF HER JOB DESCRIPTION, HOWEVER, DESIGNING CLOTHING AND WORKING DIRECTLY WITH CLIENTS IS WHERE HER PASSION LIES. LAUREN HAS ALWAYS ENJOYED FOLLOWING TOP DESIGNERS AND RUNWAY SHOWS EACH SEASON, SHE HAS A KNACK FOR SPOTTING TRENDS, AND AN EYE FOR DETAIL, WHICH LEAD HER TO WRITING AND PRODUCING HER OWN SUCCESSFUL FASHION BLOG. LAUREN ALSO LOVES TO TRAVEL AND EXPLORE LOCAL CULTURE AND TEXTILES, WHICH SHE USES TO DRAW INSPIRATION FOR HER DESIGNS. 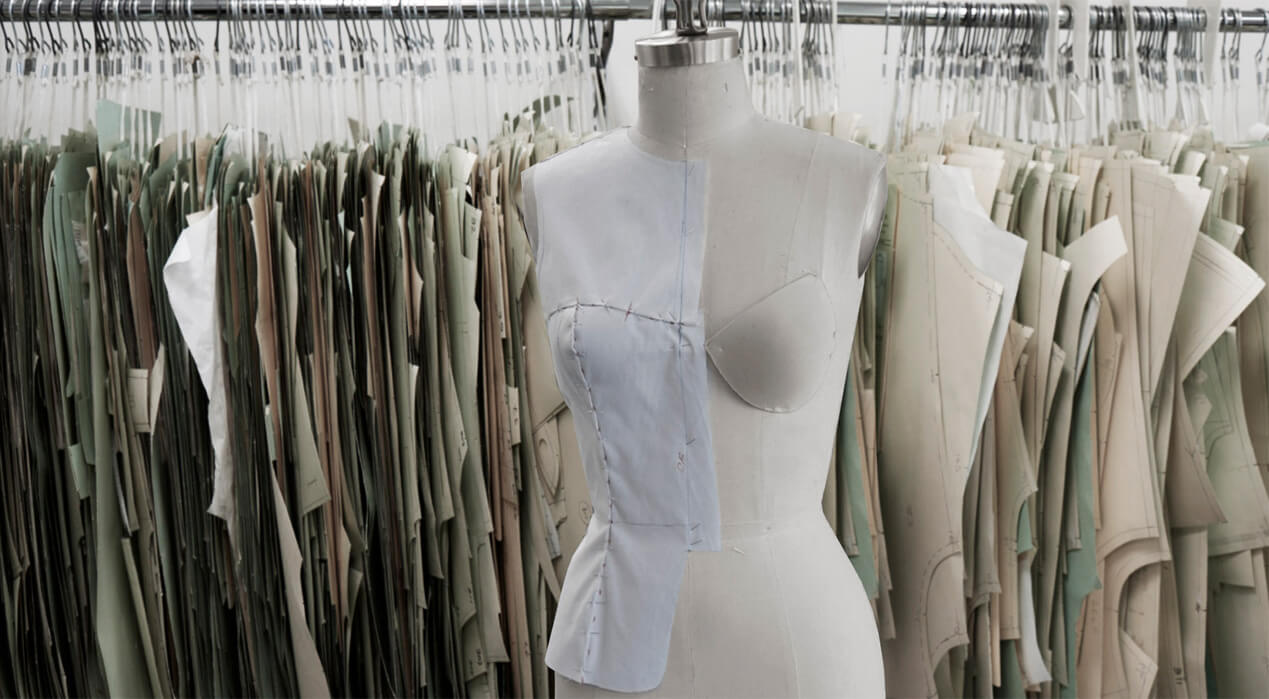 CUSTOM DESIGNS TO MEET YOUR NEEDS FROM A TO Z

We at Top Hat understand that we are many things, to many people. Each and every Client and brand we work with has their own unique identity and uniform challenges which must be addressed. We have created our site as a solution to all of your uniform needs.

What we have put together is a lookbook of custom styles that we offer. You can order just as you see garments online, or you can modify any style to match your brand; allowing you to be involved in the design process as little or as much as you like.

Everything you see online is custom made to order and available in any color and fabric blend, with trims, buttons, pocket styles, embroidery and more. However, you are by no means limited to what you see on our site. We have hundreds of other styles in our showroom in addition to what is featured online.

Don’t see what you are looking for? Not sure how to tie together a uniform program that carries throughout your whole property? No problem.

Top Hat employs our own team of designers, artists and pattern Makers, in addition to our full scale production department. We are able to collaborate with you to design a new uniform program from concept to creation, as well as replicate a design you may already have in mind.

The best way to start designing your new uniform program is to contact Customer Service and they will match you with a Sales Rep. If you are in the New York area, we invite you to schedule a design meeting and come visit our state of the art facility and showroom. You can see where everything is made, as well as design an entire program from A to Z in just a quick visit.

We look forward to working with you. 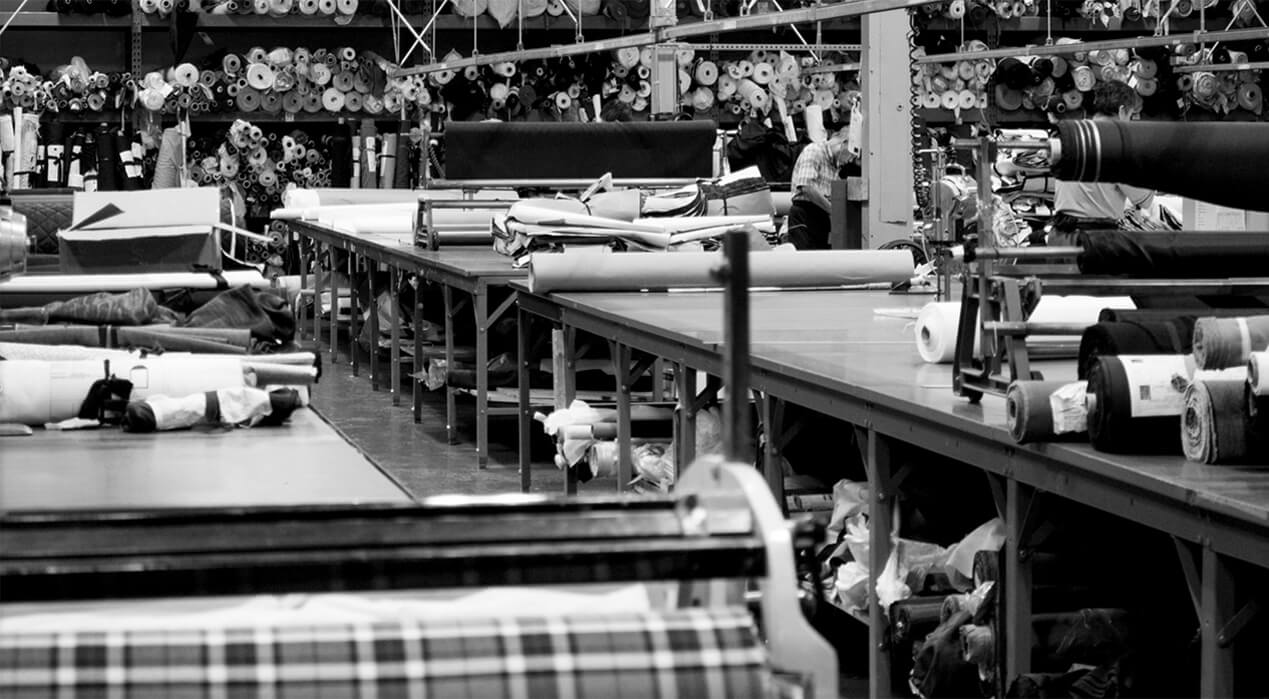 WE CAN PROVIDE ALL YOUR MANUFACTURING NEEDS

The fabrication services we offer are geared towards Clients that are either looking to replicate their existing uniform program, or have designed a new program and need manufacturing capabilities.

In addition, if you are working with a designer or brand consultant, we can also accommodate all of your needs.

What we can bring to the table, is decades of experience working within the Hospitality industry, and almost 100 years in manufacturing. If you are working on a uniform program, creating a pattern is just one piece of the puzzle. We will assist you in picking and sourcing the right fabrics for durability, adding uniform essentials, addressing sizing, fit, reordering and more. We will never discontinue your patterns.

The benefits of a partnership with Top Hat include the convenience of domestic manufacturing, and the guarantee of superior quality that makes us proud to be American made. You can be confident in knowing there is an entire team working behind the scenes on your behalf. We can provide you with 5 star customer service, simply because, everything we do is under one roof. This gives us the unique ability to directly oversee quality and lead time.

Top Hat specializes in the production of tailored clothing- if you are outside the Hospitality industry and are looking to expand your brand, please contact us for more information.

If you are in the New York area, we invite you to schedule a visit to see our state of the art facility and explore the possibilities.